How to Dispose of a Fridge Responsibly 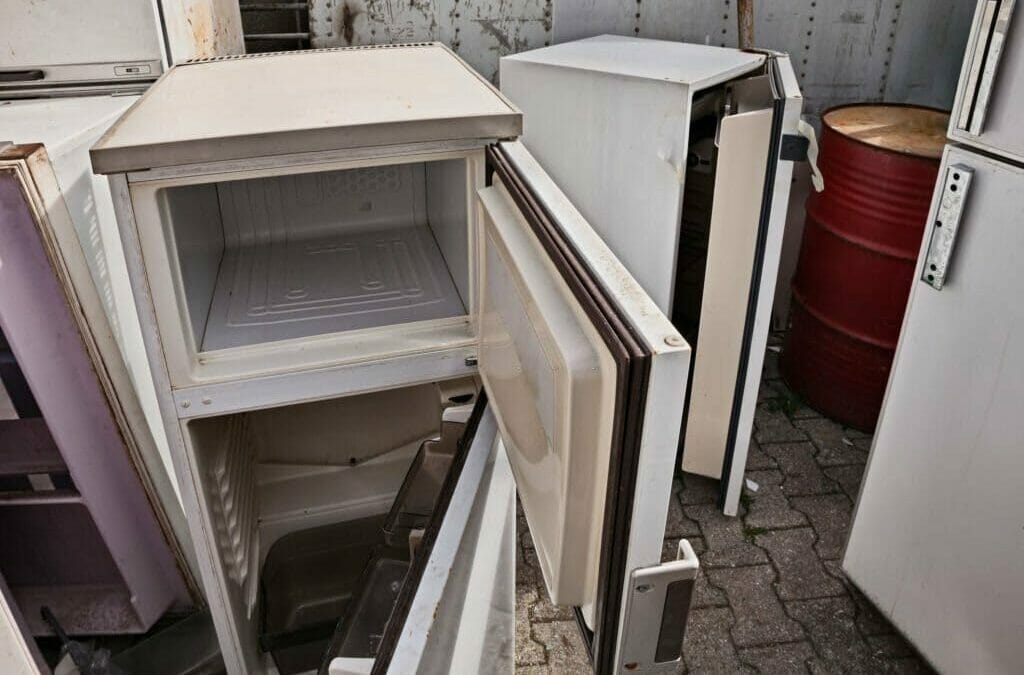 Every year, over 3 million fridges are disposed of in the United Kingdom (and a further 3 million bought). The typical lifespan of a fridge is estimated to be 11 years; however, a significant proportion remains in use for more than 20 years. Many of the compounds found in refrigerators if released into the atmosphere can be extremely hazardous to the environment if not disposed of properly.

What are my alternatives for environmentally responsible disposal?

Here are a few options for responsibly disposing of an old refrigerator:

What are the harmful substances in fridges?

It is extremely important that you dispose of your fridge responsibly as the substances within a fridge can harm the environment and you. It is therefore essential that all fridges are disposed of safely and with great care.

Most refrigerators manufactured before 2000 contain Chlorofluorocarbons (‘CFCs’) or Hydrochlorofluorocarbons (‘HCFCs’) in their insulation and/or refrigerant. CFCs and HCFCs are synthetic chemicals that include carbon, fluorine, chlorine, and hydrogen. Non-toxic and non-flammable, they were widely employed in aerosols, freezers, and solvents until it was discovered that UV radiation was breaking down the CFC molecules, releasing a chlorine atom that was depleting ozone in the environment. Ozone depletion increases the amount of dangerous UV-B radiation reaching our planet. As a result, an international convention was signed (the Montreal Protocol) to phase down their manufacture. 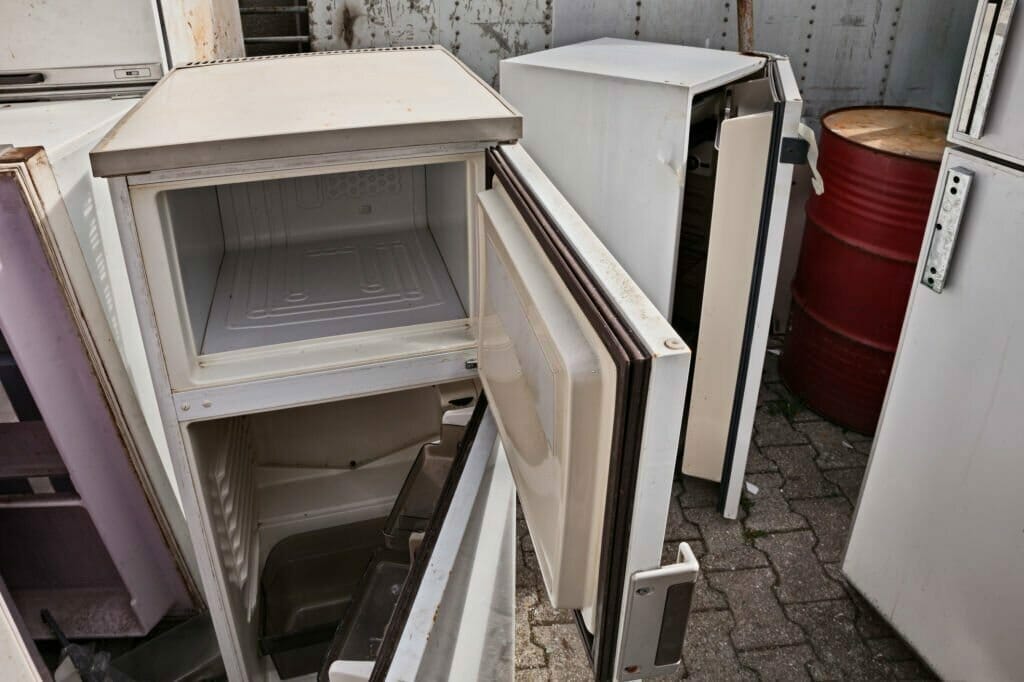 How can I know if my refrigerator contains dangerous substances?

What laws apply to homeowners who want to get rid of an old refrigerator?

There are three major sections of legislation that govern refrigerator disposal:

What happens when a refrigerator is recycled?

Unless it is reused, and assuming you choose one of the acceptable disposal routes described above, your fridge will be sent to a dedicated refrigeration recycling plant. Regardless of whether or not CFCs/HCFCs were used in production, approximately 95 percent of an average refrigeration unit is recyclable. Fridges are dismantled in an enclosed atmosphere to ensure that any Ozone Depleting Substances are safely removed. The residual components are mechanically separated into individual product streams for recycling or reuse, including plastics, ferrous and nonferrous metals, and foam. Here’s a more extensive breakdown of what happens:

View Some Of Our Junk Clearance Services